A legendary Street Fighter II stage is making its way into Street Fighter V. Capcom announced today during EVO 2017 that Ryu’s classic home stage of Suzaku Castle will be added to the fighting game later this month. On July 25 the stage will be added alongside three new throwback character costumes for Alex, Ibuki, and Juri. As you can see in the screenshot above, the redone stage looks absolutely gorgeous. It’s actually not the first time that Suzaku Castle has been redone recently, as it also appeared as Ryu’s stage in Super Smash Bros. for Nintendo 3DS and Wii U.

Here’s how Capcom describes the new costumes over at their Unity blog:

Seeing as the Street Fighter III series is set after Street Fighter V, it only makes sense that Alex would have longer hair in the future. He’s also found the time to buy new green trousers that are less ripped than his old pair. 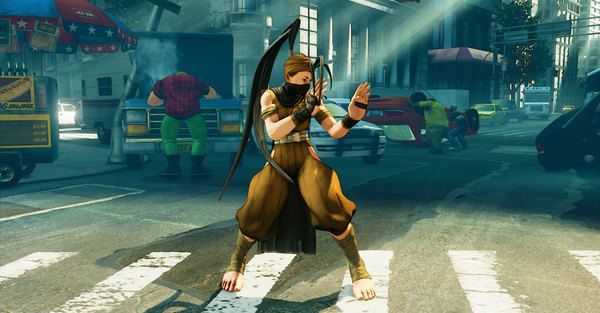 Ibuki’s nostalgic costume is also from the Street Fighter III series – aka the future. It’s more rugged than her regular outfit, but unfortunately, it doesn’t come with infinite shurikens. It was deemed that this historical inaccuracy be for the greater good. 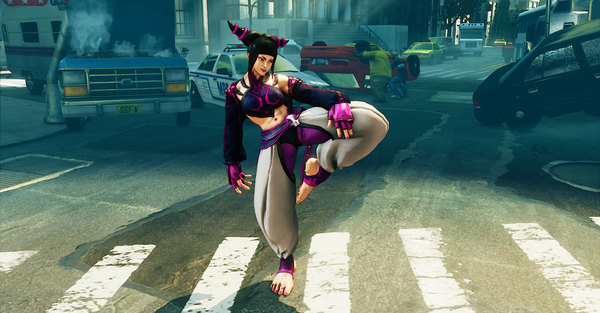 Unlike Alex and Ibuki, Juri’s nostalgic costume is from the Street Fighter IV series – aka the past. This is how we first met the sadistic taekwondo expert back in 2010. We probably wouldn’t recommend that she wears this outfit while riding her motorbike.

It’s definitely a bit strange to see Street Fighter III costumes, since I’m pretty sure that’ll cause a rift in the space-time continuum, but this is definitely the type of fan service I like to see. All three costumes, and the Suzaku Castle stage will arrive in Street Fighter V on July 25.